Why are worms a burden for horses?

Horses have evolved over thousands of years to live with parasites in their gut which we commonly call “worms.”  So why are we always trying to get rid of them from our horses? In adult horses, small burdens often do not cause any issues. However; as the number of worms gets larger (increased worm burden), the problem for their host, your horse, gets more apparent.  Clinical signs of too many worms include a poor hair coat, weight loss, diarrhoea and even colic.

There are many different species of worms. Strongyles are the most common intestinal parasites in adult horses.  Problems with large strongyles are no longer very common. The adult forms of small strongyle (cyathostomin) worms do not often cause an issue for horses, but the younger versions, or larvae, can cause many problems as they burrow in and hide in the intestinal wall. When these “encysted” forms break out of the gut lining, there is disruption of the surface layer and inflammation.

Tapeworms are flat, very long worms which in high burdens can cause colic, ranging from mild spasmodic colic, to impactions requiring surgery.

Round worms, or Ascarids, are parasites that can cause poor growth in foals, and in the worst cases can result in intestinal obstructions which require surgery to relieve. However,  as horses get older, they acquire a natural immunity to Ascarids so it is very rare to see these worms in horses older than 2 years old.

Pinworms look like grains of rice around the backside of a horse and can be very itchy.  Heavily affected horses to often rub their tail and backend as the worms lay eggs around the horse’s anus in a thick sticky yellow itchy substance. The eggs of this worm as spread by the horse rubbing.

Bots are flies which lay small yellow eggs on the horse’s coat. These eggs are then swallowed when the horse grooms, developing into red larvae in the stomach. The larvae can occasionally cause some inflammation in the mouth or stomach lining resulting in bleeding into the stomach but more often than not, do not cause any significant problems for the horse host.

Habronema is a stomach worm that causes more problems when the larvae invade the skin than when the worms are in the stomach. ‘Summer sores’ are painful open lesions most commonly seen in or around the eyes, lips, or penis which develop when the larvae of this worm burrow into the skin and cause a lot of inflammation and reaction.

There is no ‘one size fits all’ approach to worms so it is important to work with your veterinarian to formulate a plan to check for worms in your horse as well as getting rid of them if the worm burden is too high.  Look out for our next post tomorrow explaining all about deworming and the problem of how the pesky parasites have developed resistance to common dewormers! 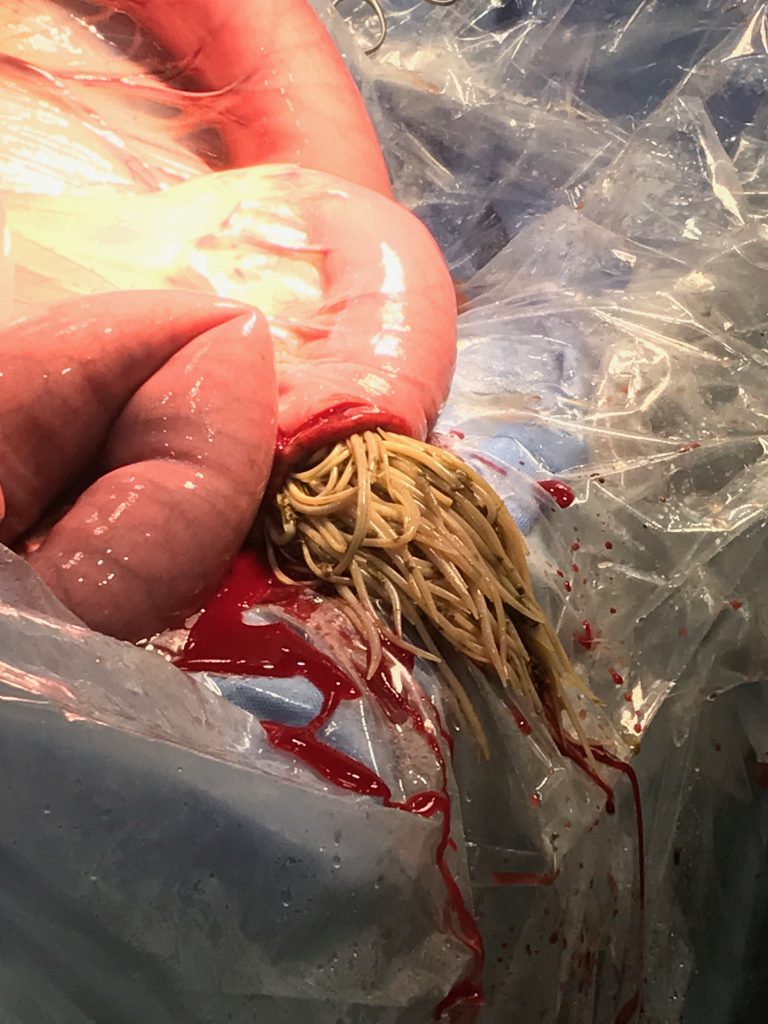 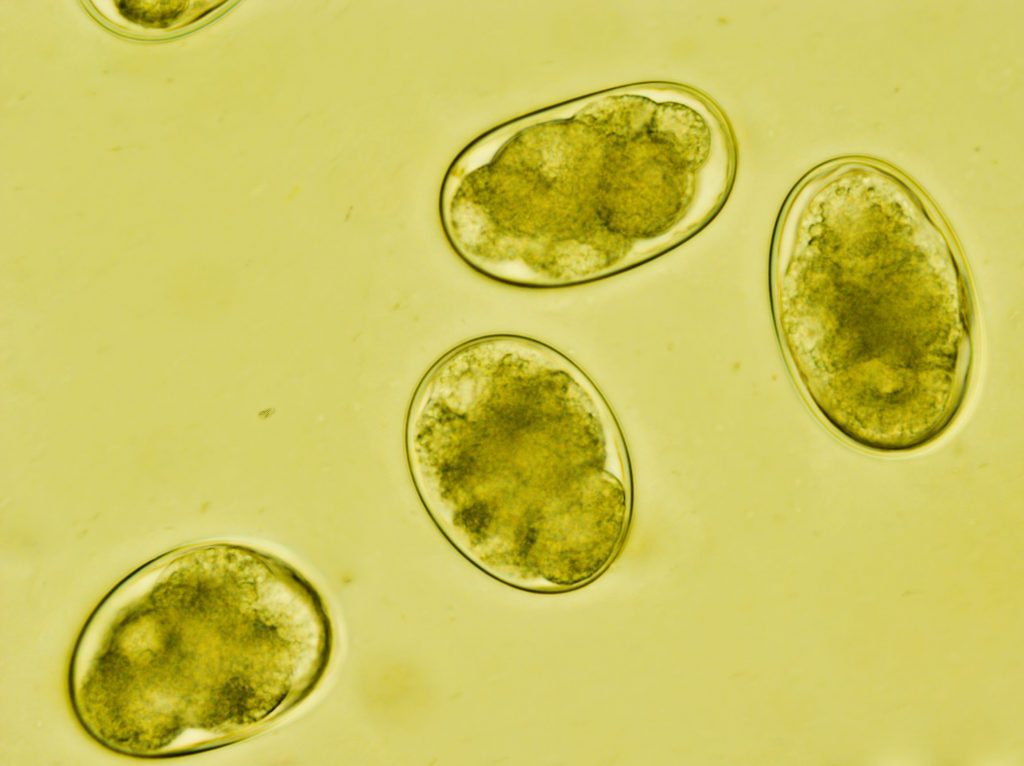